This quiet, mostly uninhabited valley, filled with agriculture, is mentioned in the Bible as the site of the battle between the Philistine champion Goliath and the untested Israelite youth and future king, David. The name Ella is the feminine form of the Hebrew word for God (El). Ella is also the Hebrew name for the Terebinth tree, a pistachio tree.

After the Second World War Jews who had survived the Nazi concentration camps in Europe  had few good options regarding their future. Often, their homes were occupied by new tenants and they were not welcomed back to their homes. Some were able to settle in Western Europe or the Western Hemisphere. But for many the Land of Israel was the preferred destination, the Jewish peoples ancient homeland.

Unfortunately British policy at the time restricted immigration. Dozens of ships commanded by the Jewish community’s self-defense organization the Hagana made their from European ports, overflowing with human cargo, to the shores of the Land of Israel. Here offshore many times the British navy intercepted the ships and the refugees aboard were brought to the Detention Center at Atllit.

Today guided tours take us through the camp’s dormitories, showers, and to an actual ship which transported refugees. The camp was closed in 1945 when the Palmah, a part of the Haganah engineered an escape of over 200 prisoners from the camp. As a result, from 1946 until the establishment of the State of Israel illegal refugees were interred on Cyprus.

Israel’s premier shopping location. When on occasion tourists want to know where the high-end shopping occurs in Israel, this is the place to go.

Tension was high. The British were leaving the next day. Egyptian bombers were expected over the skies of Tel Aviv. The next day the land would be invaded by a number of Arab armies. At this precise moment the leader of the Jewish community understood he had to act. David Ben Gurion called a meeting for Friday afternoon, May 14th, 1948. During the meeting which lasted 22 minutes, The modern State of Israel was declared. When you come to Independence Hall you are treated to some of the best guides in Israel who will set the scene for you. The rest is pure emotion. 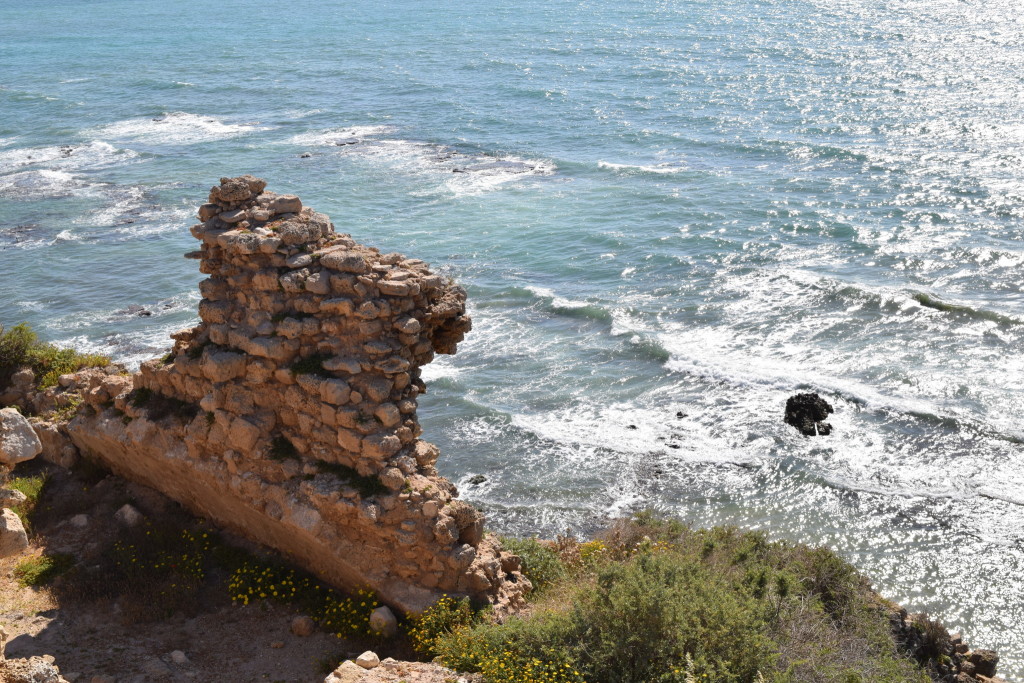 The seaward view from atop the crusader fortress of Apollonia.